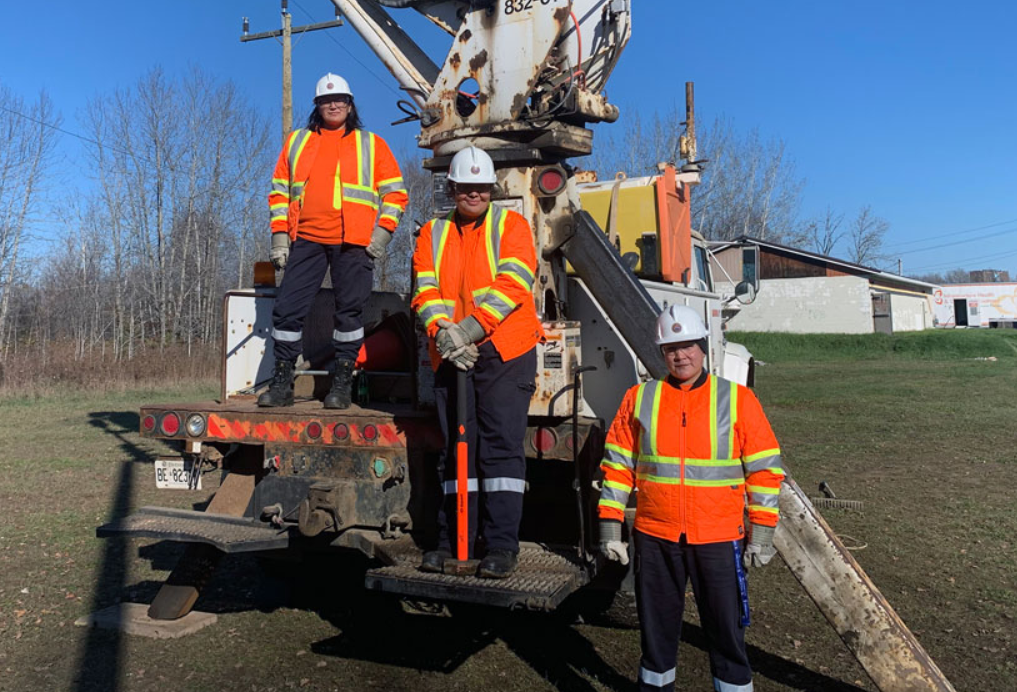 Only one of its kind in Canada, the All-Women Line Crew Ground Support program is specifically designed for First Nation women from the transmission company’s owner communities. Graduates were pre-selected for apprenticeships with Valard, the engineering, procurement, and construction contractor on the project.

Wataynikaneyap Power is a licensed transmission company, majority-owned by a partnership of 24 First Nations in partnership with Fortis Inc. and other private investors.

Valard Construction has been engaged by Wataynikaneyap Power to provide engineering, procurement, and construction services for the project. Over 1,800 kilometres of transmission lines and substations will be built in northwest Ontario to connect 17 remote First Nations to the power grid.

LCGS is the only program of its kind in Canada that is specifically designed for First Nation women from the transmission company’s owner communities. The women who graduated were all pre-selected for apprenticeships with Valard and have been offered jobs by the contractor.

“There isn’t another program that offers that many certificates and that is specialized in the line crew training,” Calmwind explained. “This is the first session ever where the program was for females, in particular for Indigenous females, so that also made it unique like a trailblazing program.”

Indigenous participation is one of the aims of the project.

According to Margaret Kenequanash, CEO of Wataynikaneyap Power, the contract for the project was issued in 2019 and they are in the process of connecting the communities. Installation of towers, foundation work, and stringing of power lines are included in the project.

The project is expected to be complete by June 2024.